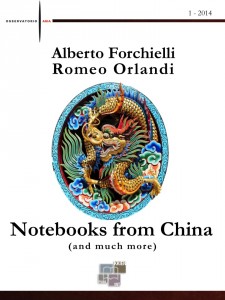 A careful look at what is happening in the vast Asian continent made up from two authoritative observers of that world to give us, in real time, a picture of what is about to happen and what direction is taking the colossal China and Asian countries in general. This volume is composed by articles that encompass different topics: economy, politics, society, culture; clear and detailed focuses, supported by an active and long-time in those countries by the authors. Alberto Forchielli, founder and partner of Mandarin Capital Partners, a well-known face in Italy and abroad is one of the most distinguished scholars of Asia and its many souls; Romeo Orlandi is a university professor in Bologna teaching “Process of globalization and the Far East” and is active in several consultations aimed at the Asian world. Along with they direct Osservatorio Asia, a think tank created by a collaboration between representatives of business and academia to continuously analyze the economic relations between Italy and East Asia. This publication is the first in a series that starts the collaboration between Osservatorio Asia and KKIEN Publishing International, in which will be presented periodically updated and in-depth Notebooks from China.